The Company’s newest Armed Forces affiliation: HMS Severn is a River-class offshore patrol vessel built by Vosper Thornycroft at their Woolston yard in 2002. With her sisters Tyne and Mersey, she is one of three patrol vessels ploughing the seas around the UK almost every day of the year.

Severn is the ninth Royal Navy vessel to bear this name. The first three were 50 gun 4th Rate sailing battleships built in 1695, 1747 and 1786, with the next three built in the 19th century. The 7th Severn was a shore bombardment monitor built for the Brazilian Navy but taken over by the RN in 1914 and involved in the sinking of the German cruiser Konigsberg in the Rufiji River in 1916. The last Severn, a Vickers built submarine, was launched in 1934. Her wartime service started in the South Atlantic before transferring to the Norwegian campaign in which she sank the SS Monark, then deploying to Novia Scotia as a convoy escort. She was then based in Gibraltar, and in June 1941 sank the Italian SS Polinnia and Ugo Bassi. In 1943 she was based in Algiers helping with special operations in Sardinia and Sicily (Operation Husky). She then transferred to the Far East where she took part in interception patrols. 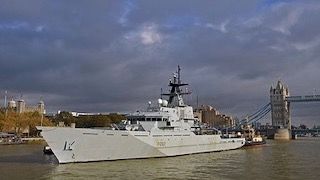 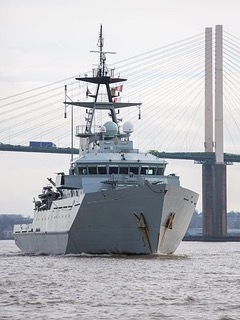 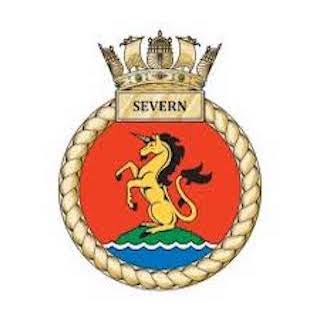 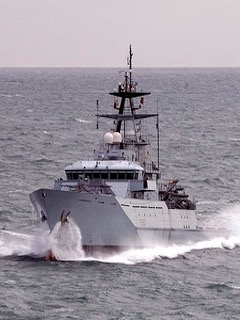