Installation of Sir Stephen Dalton as Master for 2020

On the 5th December 2020, we held our installation Court meeting at Drapers Hall where Sir Stephen Dalton was installed as the Master along with David Mortlock as Upper Warden and Elliott Porter as Renter Warden.

Mr Bertram Proctor, Mr Gerald Edwards were awarded the Freedom of the Company.

Mr Oliver Ball son of Court Assistant Chris Ball was made a Company apprentice, apprenticed to Past Master Stephen Kirk.

After The Court meeting a magnificent dinner was enjoyed by all. Honoured guests were Wing Commander Andy Green OBE, The Master Security Professionals, Master Vintner and the Master of the Hackney Carriage Drivers.

We were entertained by the Rose quintet and everyone joined in with some hearty carol singing!

A very interesting and entertaining speech was made by Wing Commander Andy Green about his attempts to break the land speed record. 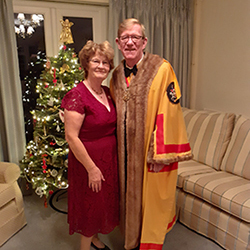 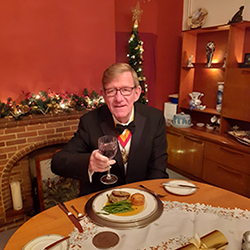 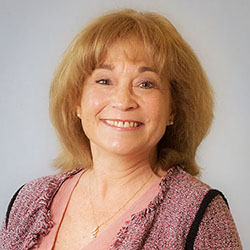