Membership is open to anyone over the age of 21 who will respect the Company’s heritage, participate in its activities and maintain its standards.

Enquiries from anyone, aged 21 and over, who are interested in joining the Wheelwrights Livery Company should be made either, to a Liveryman of the Company, or to the Clerk at Clerk@Wheelwrights.org .

What Are the Benefits of Membership?

Membership allows you to take a full part in the life of the City of London, including gaining the Freedom of the City of London which gives you the right to vote in the election of Sheriffs and the Lord Mayor. It also allows you to enjoy the unique and valued sense of fellowship for which the Livery movement is renowned and to make many new and lasting friendships with people from all walks of life.

You will be able to attend our formal black-tie Livery Dinners which as a Livery without its own hall, gives you the opportunity to visit many of the Livery Halls of the City and also our white-tie (optional) Annual Banquet held at Mansion House. In recent years we have held dinners and lunches in many different halls including, Drapers, Skinners, Barber Surgeons, Armourers, Grocers, Goldsmiths, Apothecaries, HQS Wellington as well as Charter House and Trinity House; all locations of exceptional grace and appeal where access is otherwise very limited.

These dinners allow members to not only meet fellow members and their guests but also hear from a wide variety of speakers covering both serious and light-hearted topics and are an excellent way to entertain your own guests with food and wine in surroundings unique to the City of London. 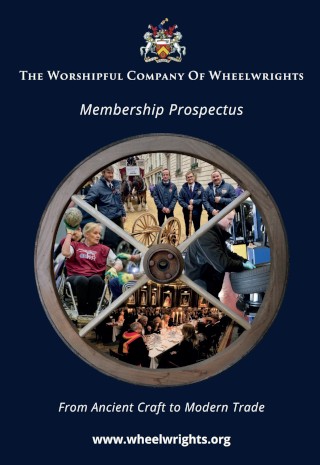 A series of informal events are held each year, including visits to places not normally open to the public, or private out-of-hours visits to places of interest. Also, the chance to participate in inter-livery competitions in such diverse sports as clay shooting, golf, real tennis, sailing and skiing.

As we are the Wheelwrights Livery, there is the opportunities to learn how to make a wooden wheel at our annual weekend visit to Wheelwrights Mike and Greg Rowland in Colyton, Devon as well as joining in many other craft events.

A series of informal events are held each year, including visits to places not normally open to the public, or private out-of-hours visits to places of interest. Also, the chance to participate in inter-livery competitions in such diverse sports as clay shooting, golf, real tennis, sailing and skiing.

As we are the Wheelwrights Livery, there is the opportunities to learn how to make a wooden wheel at our annual weekend visit to Wheelwrights Mike and Greg Rowland in Colyton, Devon as well as joining in many other craft events.

Members have access to facilities reserved for Liverymen such as overnight accommodation at Vintners’ Hall or Mercers Hall, which is very useful for those living outside London. The partners and guests of members are welcome at most of our events. 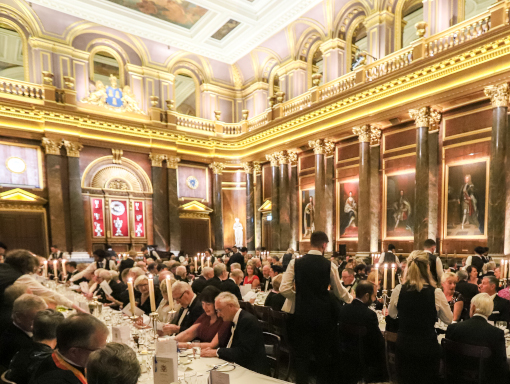 More information on joining the Wheelwrights can be found in the Membership Prospectus.

A candidate is initially admitted to the Freedom of the Company, via one of three possible routes:

Admission by Patrimony or Redemption

Every applicant has to be proposed and seconded by an existing Liveryman of the Company and is then interviewed by the Membership Committee. (If a candidate does not already know a member of the Livery, the Clerk can arrange a meeting with a potential proposer who can ascertain the candidates’ interest in joining the company and involve a Seconder.) Once interviewed, and found suitable, the candidate is admitted to the Freedom of the Company. The new Freeman is then qualified for and may seek admission to the Freedom of the City of London. Such an application to the Chamberlain’s Court of the Corporation of London is supported by the Company.

The Company recognises that younger members are often building families and careers and may struggle to pay the full membership costs. So there is a graduated scheme to encourage younger applicants..

The Fine (or fee) for Joining as a Freeman:

In addition, every Liveryman is expected to make a voluntary annual donation to the Wheelwrights Charity by way of standing order.

The Company Apprenticeship scheme is seen as a way to engage younger people in the history, traditions and workings of the Livery, as well as the City of London, from an early age, leading, hopefully, to them joining the Company and becoming active members once their apprenticeship is completed.

A Company Apprentice is the son or daughter of a Liveryman aged between 14 and 21, who is ‘indentured’ to the Master or a Past Master of the Company. The Apprentice will commit to a term of service of between 4 and 8 years, although typically 4 years. During this period, they will be given a task or tasks to perform, for example helping at craft events or writing a short essay on some aspect of the City.

Once this term is completed, the Apprentice can proceed in the usual manner to becoming a Freeman and thence to a Liveryman, if they so wish.