Our new history book covering 350 years since Grant of Royal Charter in 1670 is now available.

The hard back book has 192 pages with 11 chapters including 160 illustrations. Appendices include Royal Charter and bye laws, past Masters, Clerks, Beadles and Chaplains, old accounts, the Company song, Awards and currently practising wheelwrights.

The Company has had five written versions of its past history and 2022 sees the sixth. Clerk James B Scott wrote A short account of the Wheelwrights’ Company in 1884. In 1928 a brief history appeared, in 1961 another, was reprinted from the City Press, and in 1970 Worshipful Company of Wheelwrights of the City of London 1670-1970 was written by historian Eric Bennett, followed in 1988 by Past Master D.G. Humphries’ brief updated record. Now in 2021 the Senior Past Master of the Worshipful Company of Carman, Clive Birch MBE, has produced Wheels and Wheelwrights. 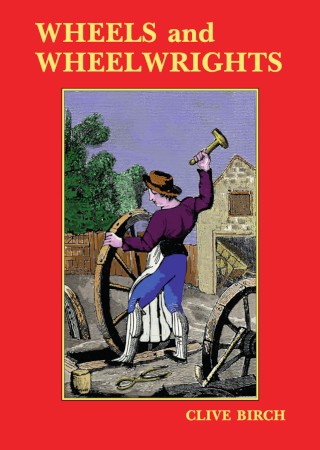 His father was Master Carman in 1960, Clive in 1984. He edited his first paper in 1956, managed group sales at Modern Transport in 1965, ran the Illustrated London News in 1969, and his own publishing house from 1974. For 16 years he was a visiting lecturer in post-graduate vehicle design at the Royal College of Art. A prolific author, Wheels and Wheelwrights is Clive’s 35th book to date.

Copies of Wheels and Wheelwrights are available from the The Clerk to the Worshipful Company of Wheelwrights at the address shown below.

Cost of £30 each to include post and packaging. Please make cheques payable to the Worshipful Company of Wheelwrights